The band recently took part in filming a scene for the award-winning BBC One drama Happy Valley which stars Sarah Lancashire and James Norton. A mega early start was in order to get to Huddersfield, West Yorkshire at 7.00am and filming of a tribute night at a local Italian restaurant from 8.30am. It was fascinating to see how the crew works their magic on creating an evening scene during daylight hours. The band had the pleasure of meeting Sarah during takes and can confirm she really is as delightful as she is on the TV.

The band would like to thank everyone at Grappolo Italian Restaurant in Huddersfield and all the TV production crew for looking after us so well throughout the day. 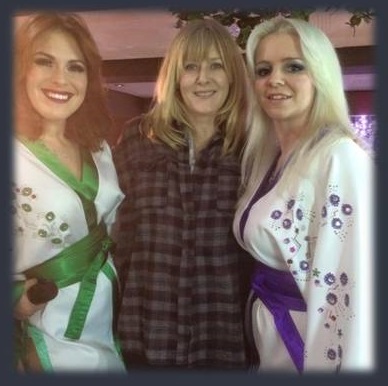