BBC One's The One Show - Again 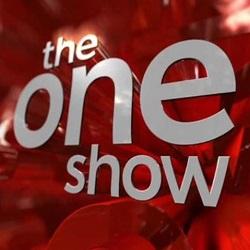 Swede Dreamz ABBA tribute band received a rather unexpected endorsement thanks to Alex Jones, regular presenter of BBC One’s The One Show.

Last week Swede Dreams HQ received a call from The One Show production office inviting the band onto the show on Friday 13/07/2018 for a special ABBA feature surrounding the release of the forthcoming Mamma Mia - Here We Go Again movie. Unfortunately, the band were already booked for a show in Somerset and logistically it was impossible to accommodate and fulfil The One Show’s request.

Nevertheless, towards the end of the show fellow present Ore Oduba introduced several fellow ABBA tribute bands. Alex Jones then added "But my favourite is Swede Dreamz. Now they were too busy to pop in here as they are performing at a nudist festival".

This is the second time Swede Dreamz has been mentioned on The One Show. The first time was back in July 2009 when ABBA’s very own Benny Andersson said "Aren’t they cute".