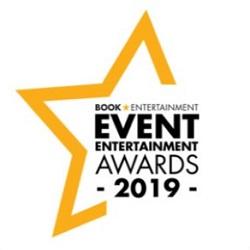 We are excited to announce Swede Dreamz ABBA tribute band has been voted Best Tribute - North of England winners at the prestigious Event Entertainment Awards 2019.

Presented by Book Entertainment, the Event Entertainment Awards recognises the very best in the event entertainment industry across the UK. Winners were announced via a live Facebook feed on Friday 10/05/2019.

Regional winners were selected based on votes from both the general public and a panel of entertainment expert judges and will now go forward to Book Entertainment - Event Entertainment Awards UK National Finals to be held in either late May or early June 2019.


This award comes after a major band restructure in late 2017 and a fabbatastic 2018 with bookings across the UK and beyond (including New Year's Eve in Dubai)! Ray Sharkey who manages the band and plays the role of Bjorn said: "It's awards like these that make all the hard work, dedication and professionalism of each individual band member worthwhile.  We're all true ABBA fans so be recognised for what each of us brings to the shows is really special".  He added: "The band would like to thank everyone who took the time to vote for us and thanks to our loyal clients who have supported us over the years".

As an added bonus, our seven-piece Thank ABBA For The Music UK theatre show came a very close second and was Highly Commended in the same category.